Originally launched in 2004 with a planned mission of 90 days, NASA’s Opportunity rover went on to serve for 14 years on the surface of Mars. On June 10, 2018, NASA received what would become the last message from the rover as it prepared for a sun-blocking, planet-wide dust storm. NASA lost contact with Opportunity and, in February 2019, officially gave up and declared the mission over. 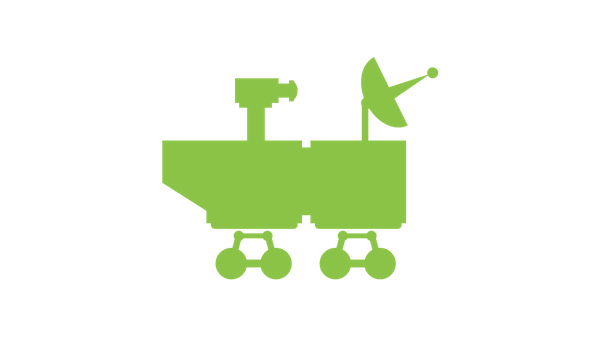 Opportunity lasted nearly 60 times longer than the planned mission, delivering more than 200,000 photos and traveling more than 28 miles across the Martian surface. The rover discovered evidence that flowing water once existed on Mars.

This little robot relied on Martian wind to keep its solar panels clear of dust and power-saving sleep modes to save energy. A whole lot of engineering know-how went into the mission, resulting in the rover’s incredibly long life and wealth of scientific discoveries.

The end of a project like this offers a few lessons for us.

1. All Things Come to an End

Opportunity originally had a 90-day mission, but it went on to serve for 5,111 days.

But not every mission is so successful. In fact, out of 47 missions to Mars, only 19 have succeeded.

No matter how successful something is or isn’t, there always comes a point when it’s over. The cliche is that ‘all good things come to an end,’ but in reality, everything comes to an end.

Whether something is good or not, it’s important to end gracefully. The same should be true in your WordPress freelance work.

For example, all projects eventually come to an end:

Opportunity’s last message effectively translated as: “My battery is low and it’s getting dark.”

It’s important to take stock of what you’ve accomplished and herald those successes. There’s a reason we celebrate anniversaries, and it’s not just to avoid the ire of angry spouses. It’s a way to ground the relationship, to remember how far we’ve come. The latest argument can quickly seem ridiculous compared to the many years a relationship has lasted.

That kind of perspective is healthy.

NASA took a moment to celebrate, and that’s important for space flight and the advancement of science and technology.

Likewise, you should take the time to celebrate your wins:

3. Mourn Losses and Move On

Not everything is a success to celebrate. The history of space flight is marked by failures—the Apollo 1 fire, the Apollo 13 system failure, the Challenger explosion, and the Columbia re-entry disaster. Each of these failures, while tragic—and in three of the four cases deadly—also offered lessons that improved the safety of future space flights.

Rather than hold us back, failure can allow us to move forward. We learn through mistakes.

When a website project or client relationship comes to an unexpected end, the key is to stay optimistic and look for lessons you can learn:

Through all of this, the key is to get better. Nothing’s worse than repeating the same mistakes again. It’s OK to make mistakes, but let’s not make the mistake of repeating them.

The Rocket Science of Business

OK, so working with clients isn’t exactly rocket science. But we can still learn from space exploration (this isn’t the first time we’ve pulled a lesson from space). There’s a process to space missions and freelance projects alike. Learn how to recognize that things come to an end, mark your milestones, and move forward better than you were.