What Does Beta Mean?

So what DOES Beta mean? Why are products released in Beta version? And what does that mean for the average WordPress user?

These are great questions we get from time to time as it applies to WordPress plugins. Because the answers are straight forward, you’ll know very quickly if you are a Beta-type user or not.

When a software is designated as Beta, this implies that any new features are very close to being released as 100% working.

When you choose to use a Beta product, or the Beta features of a product, you are acknowledging that there may be some issues and are willing to take that risk. There may still be some issues to fix or test more before removing the Beta status and officially releasing the product.

From time to time, WordPress plugins may be in Beta status OR may have Beta features. BETA simply means that some feature or specific part of the plugin is currently still in testing mode, and can cause issues if not used properly. All BETA plugins/features are not yet 100% stable, and thus should NOT be relied on to be working properly OR working at all. This is why you do not want to use Beta products on sites you cannot afford to have fail.

Having people test the Beta features is essential. No single software (of any kind) can be tested under every system or configuration possible. By releasing a Beta version, it makes it possible for as many people as possible to test the features on different websites and configurations as possible. This helps everyone – both developers and customers.

A critical point to consider is that since a Beta product or feature, by definition, is not 100% stable, you should never run it on a WordPress site that you can’t afford to have fail – unless of course you have the technical skills to repair your site. Beta features are recommended to test and play with on test sites/servers (like WordPress localhost) and configurations with any dummy data, as long as you have full backups of all important data still.

Before you use any Beta product, you should always run a complete WordPress backup – not just a WordPress database backup. You want a complete backup that can be restored to your site should anything not work the way you want it to.

If you’d like to get in on the really early Beta action and receive early copies for testing before we even release beta versions, you can check out the official iThemes Beta program.

If you do not fully understand what Beta means, OR are not willing to fully accept and be fully liable for any risks involved because of using such Beta software, you should NOT use the Beta software in any manner. While things may work perfectly fine with no problems, we cannot provide any assurance of that. So if you are not a Beta-type user or are not comfortable accepting the potential risks,  simply wait until the Beta status is removed.

Each week, the team at iThemes team publishes new WordPress tutorials and resources, including the Weekly WordPress Vulnerability Report. Since 2008, iThemes has been dedicated to helping you build, maintain, and secure WordPress sites for yourself or for clients. Our mission? Make People’s Lives Awesome.

Homepage Examples: 8 Inspiring Ideas for Your Next Web Design Project 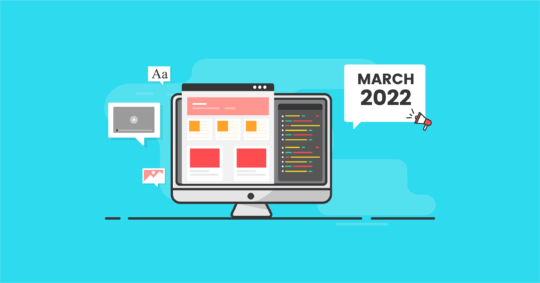