Hailing from Sweden, Ben Andersen has been the owner of Bentrix Managed WordPress Services since he launched the business in 2008.

The focus of Bentrix is to provide WordPress site owners with a comprehensive solution that allows them to focus on running their businesses rather than maintaining their websites.

But Ben hasn’t always operated within the WordPress platform and community.

“Before Bentrix, I was working as a developer with Symbian. You may have not heard of it.

The Symbian operating system was a mobile phone OS before the Androids and iPhones took over the market. We were based in the UK and had a small staff here in Sweden.”

“When I found WordPress, I started to focus on finding smaller customers to work with.”

Ben began working with Symbian after graduating from university, and stayed with them for eight years before starting his Bentrix endeavor.

“It was when I left Symbian that I found WordPress. I had already been doing large-scale web-related work for a long time. When I found WordPress, I started to focus on finding smaller customers to work with.”

And at the same time Ben was transitioning from a corporate job to a more unpredictable life of running a small business, his wife was also making a major life transition.

Ben’s wife started a small local brick-and-mortar shop called Lotus Eco. The goal was to sell organic clothes in their area of 60,000 residents (about 10,000 of which live in their small city).

But after a year in operation, the Andersen’s began to realize that for her shop to fully succeed, it was going to require an online presence in the form of a webshop.

This is when Lotuseco.se was born.

“At that point, I started to work on her business site. At the time, there weren’t a lot of rules about online checkouts. I forked an open source POS system and developed it for new Swedish regulations that came in 2010.”

But Ben soon realized that it was very difficult to develop software, sell it, and support it all on his own. So he narrowed his focus down to website design, development, and maintenance.

“For ecommerce sites, in the beginning I used a WordPress plugin called Shopp. I even worked on their support team for about six years. Now Shop is basically dead, so I moved on to WooCommerce several years ago.”

It was in 2015 that Ben first discovered iThemes. Benjamin Bradley, the professor of the iThemes WordPress training courses, introduced Ben to many new WordPress concepts and tools.

“For ecommerce sites, in the beginning I used a WordPress plugin called Shopp. I even worked on their support team for about six years.”

Ever since that time, Ben has been employing the BackupBuddy plugin on most of his WordPress projects, along with many other tools.

Throughout the last six years, Ben has learned a lot from the iThemes WordPress training course webinars. One of the most important training concepts that he’s successfully employed in his business is how to build recurring revenue.

“I learned a lot of the technical things about using WordPress (in the webinars). But I also learned a lot on the business side. And I’ve followed a lot of it in my business. To create recurring revenue, I began offering my clients site maintenance solutions, which I’ve now been doing for about five years.”

Bentrix currently has around a dozen websites that count on Ben for their long-term WordPress website services, which helps keep the business revenue in the black.

Beyond that, Ben’s days are focused on building new sites for his clients in both Sweden and the US. He also spends his days helping run his wife’s Lotus Eco clothing store.

“I spend about half of my time every day on each company.”

He updated the clothing store’s website to run on the Kadence Theme several months before iThemes acquired the company. The stars aligned for Ben when Kadence WP + iThemes was a fact.”

Tools of the Trade

As with any successful business owner, Ben uses specific tools that help him produce the best possible results for his clients.

“First of all, I use iThemes Sync. Then, iThemes Security Pro for security needs. I’ve started using Kadence Theme (for design) as well. I got the Pro version with Kadence Blocks.”

Of course, he also runs WooCommerce for his ecommerce site builds, and the WooCommerce Advanced Bulk Edit to quickly create discounts, product variations, stock changes, and to edit product attributes.

“First of all, I use iThemes Sync. Then, iThemes Security Pro for security needs. I’ve started using Kadence Theme (for design) as well. I got the Pro version with Kadence Blocks.”

Ben goes on to say that he uses Gravity Forms to quickly build complex powerful forms, polls and quizzes on his client’s websites.

And he uses the same WordPress host for all of his major projects.

Beyond these tools, Ben employs MonsterInsights and the Perfmatters WordPress Web Performance plugin. This plugin allows him to easily disable individual CSS and Javascript files within the various plugins he runs, thus maximizing the performance of every site that comes out of the Bentrix brand.

“Additionally, I use the Postmark plugin. Nathan at iThemes recommended this plugin, and it works really well. It’s a great tool for sending transactional emails to online users.”

He also uses some of the Iconic WooCommerce plugins.

The Rewards of Running a WordPress Business

For Ben, working for himself is the best reward about operating Bentrix.

“Other than my wife,” Ben jokes, “I don’t have a boss. So yeah, that’s freedom. Of course, the downside is that I don’t have a predictable check every month. But right now, I have so much work that I can select what I want to do.”

“There’s a lot. But one thing I’d like to get better at is optimizing websites for speed. I know that it’s quite technical, but it’s quite rewarding for me as well.”

In the next five years, Ben wants to put his focus on better streamlining his work and what he offers to his clients.

“I’d like to be more of an expert in certain areas. And the areas I want to be an expert in may change depending on the day that you ask me. There’s a lot. But one thing I’d like to get better at is optimizing websites for speed. I know that it’s quite technical, but it’s quite rewarding for me as well.”

Ben recognizes that optimized website speed is a concept that most of his clients understand the importance of, which would make it a lucrative service for Bentrix to provide. He plans on employing speed optimization services as part of his maintenance services, as well as a basic stand-alone service.

“And I think that I can’t get around building sites (in the future). I have to do that. But maybe hiring a designer would be good. I tried that on my last project, and it wasn’t the right designer. But I think I will be trying again.”

He’s also interested in specializing in search engine optimization, because he finds the process very interesting. And it may be a service he offers in the near future.

With the challenges Ben has often had with getting content from his clients, he has even considered creating content as a service. But he says, “I know it doesn’t necessarily look that difficult. But to put out really good content… maybe I shouldn’t do that with all of the other things I’m already doing.”

The community of successful WordPress business owners continues to grow and flourish every single day. With leaders such as Ben in the community, rest assured that more innovation is on the horizon.

Learn more about Ben and Bentrix

Read the amazing stories of iThemes customers along a journey to their goals. You’ll be inspired! 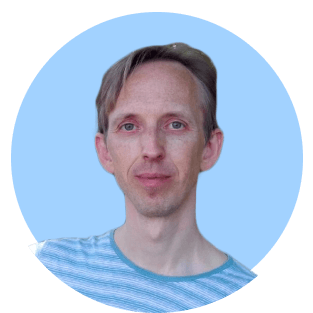 The iThemes Black Friday Sale is here! Save 40-50% off through Nov. 30 Get the coupon