By now it’s no secret that at iThemes, we’re all about making people’s lives awesome. But here’s the thing you might not know … we like to start doing it as early as possible! 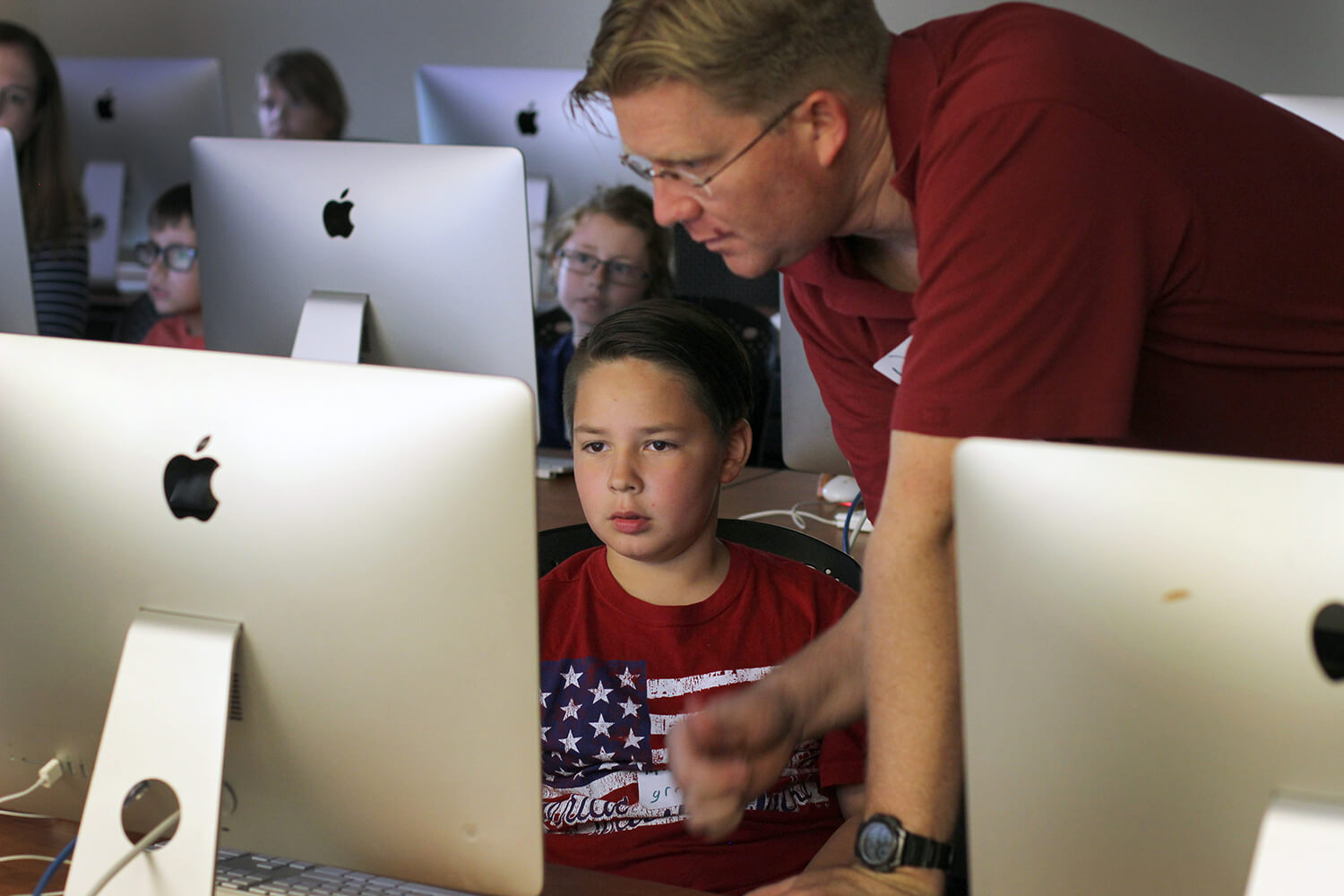 We wanted to share a little bit about how your purchases as an iThemes customer benefit worthwhile causes. It’s your support that ultimately allows us to support others.

Enter The Div, our nonprofit dedicated to helping the next generation thrive through technology education. We founded The Div because we want to see kids learn, embrace and excel in tech.

Did you know that only 1 in 4 schools nationwide teaches computer science? When kids learn about technology, they learn so much more! They’re actually learning about problem solving, logic and creativity. They’re being empowered to build their own games, their own apps and someday, even their own companies.

We don’t just want to help you be successful, we want to help the next generation be successful too. We’re big believers that giving children the tools they need to succeed ultimately advances the community as a whole.

It all comes back to that one word: PROSPER. And we’re not just doing it for you, we’re doing it locally in our backyard and home state of Oklahoma.

This weekend, we hosted our first camp. We had 15 kids in attendance from grades 2nd – 7th. Together they learned Scratch, a visual coding language developed by the Lifelong Kindergarten Group at MIT. Scratch provides a fun and simple stepping stone to the more advanced world of computer programming.

Students began by exploring within the Scratch community, selecting their favorite animations and drawing inspiration from other projects. Before the day was over, they each created an “about me” project, animated their names and created their own maze games, a few of which you can see and play in this studio.

As the director of The Div and organizer of the camp, here were a few parts of the experience that stuck out for me:

One of the sillier parts of the day was when our instructor played blindfold remote control. With his eyes covered, Wes had to get to the doorway without bumping into anything with the help of the kids who used only their voices to give short commands and guide him across the room. They loved this activity and it really laid the foundation for learning about algorithms and directing sprites in Scratch.

By far the coolest scene to watch was when someone got stuck. The kids around them would rally together to help, and students would all figure out the problem together. Scratch was helping them learn how to work collaboratively, a vital skill set that will serve them well when they enter the workforce. 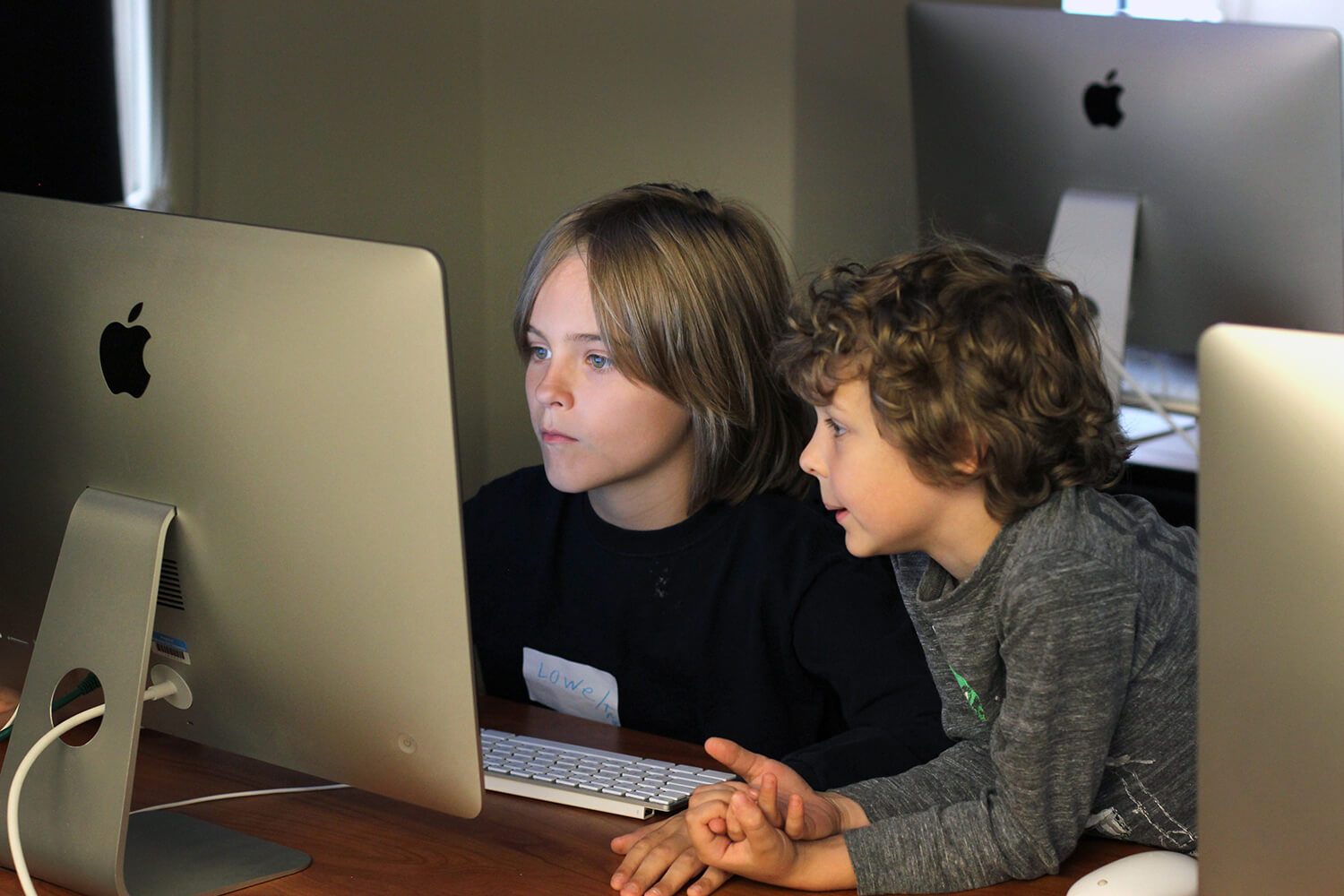 It was hard to peel most of these kids away from the computers at the end of the day. They lit up when their parents came to pick them up and they got to show off their projects. Reflecting on what they’ve just created is an important step in the learning cycle. All it takes is one caring adult to stop and listen to make a huge impact on a child.

When camp was over, we gave students feedback forms and asked them how the day went. Nestled between responses like “Awesome!” and “Best day ever!” were two that really stuck out.

Cue aha moment! This is what it’s all about. These kids were learning that it’s good to push through the tough stuff and come out on the other side. A lesson that applies not only in computer programming, but in life. 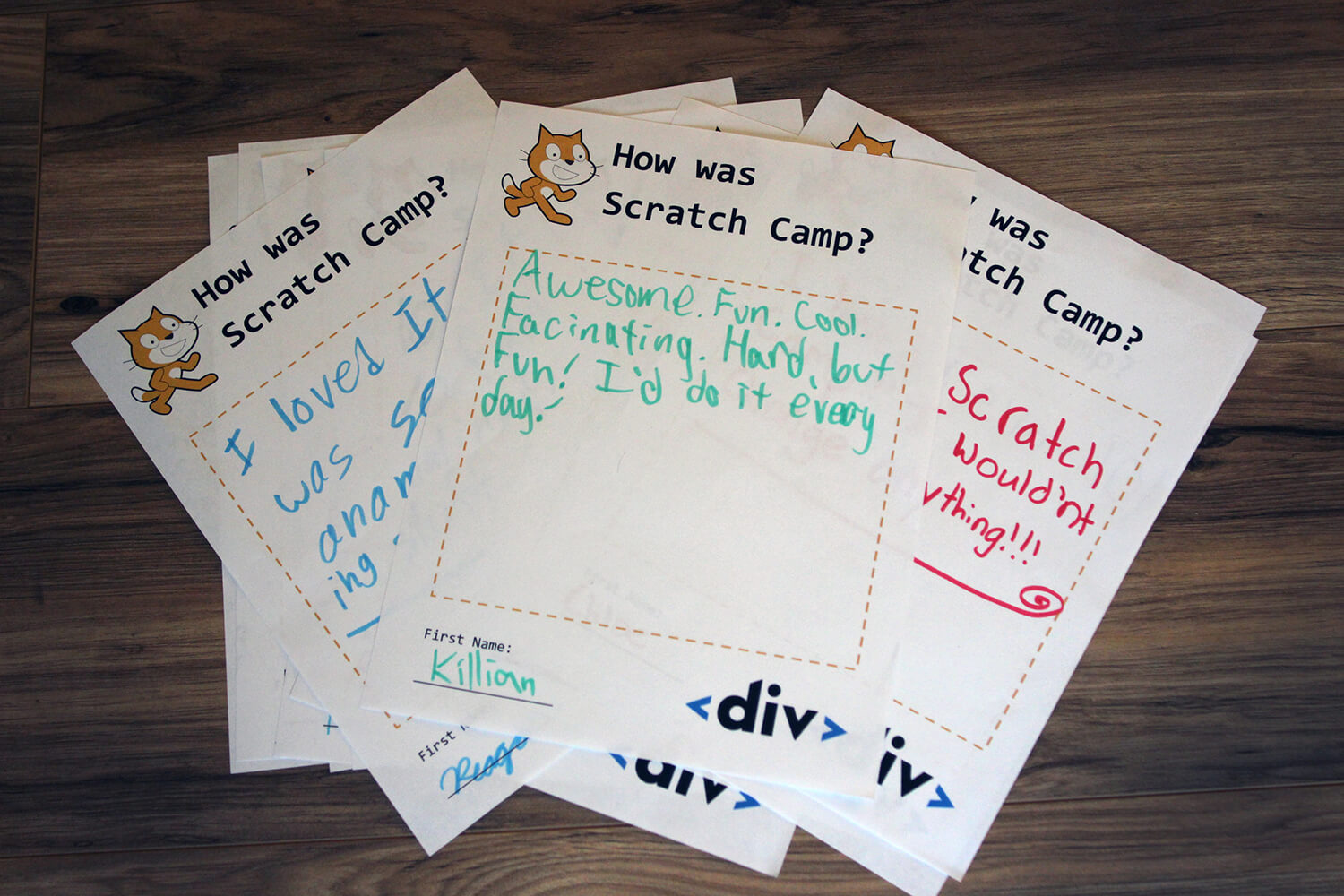 At the end of the day, it’s thanks to you, our customer community, that we’re able to give back with programs like this. So we thank you. These kids thank you. You are helping make lives awesome.

To join us in supporting The Div and its mission or to find out when new camps are announced, visit thediv.org today!