How to Do Freelancer Self Care With Adam Soucie

It’s important for freelancers to take care of themselves. It’s a challenge because freelancers are often focused on getting the work done and self care is often neglected—until it’s too late.

So we’re exploring self care for freelancers by talking with some experts. Today we’re going to dive deeper and talk about depression. 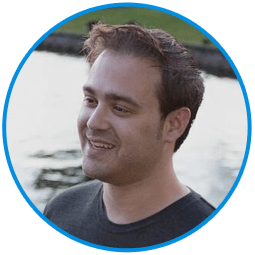 Adam Soucie is a freelance WordPress developer who has also struggled with depression. He runs the digital creative agency, Impossibly Creative, and champions accessibility. He also volunteers with WordCamp Orlando and the WordPress Accessibility Team.

“Sometimes you have to say no to work, even when you need money, because in the long run you’re doing a lot of damage to yourself and are putting yourself at risk for much larger problems.” -Adam Soucie

We talk about identifying depression, getting help and enforcing boundaries in order to take care of yourself.

Dealing with depression certainly requires more than simple self care. What convinced you that mental health was something you needed to take seriously?

For me, it became clear when my thoughts of harm and suicide started coming out of nowhere. When the littlest thing would set me off. I started by seeing a therapist, and that helped unlock a lot of information, but over time even that wasn’t enough. I’d have 13 good days, but that 14th day was a nightmare for reasons that didn’t make sense. I’ve written about that experience for HeroPress, when I hit rock bottom at WordCamp Orlando 2016. After that, I finally got medical help and am now stable and recovered.

Since depression is not something you can address simply by getting exercise or other self-care strategies, what did you do?

Once I noticed that self-care wasn’t enough, I sought professional help. For some, a therapist is enough. Having someone to talk to about your deepest and darkest thoughts without judgment is incredibly helpful. A good therapist will also be able to point you in the right direction if they become aware you need additional medical assistance.

How did you handle the demands of work and the struggle with depression? Did it come to a point where you had to put work on hold?

Not putting my work on hold actually made my recovery harder. Just as I was starting to get better, and was set to go on a family vacation, I got project offers I couldn’t refuse. I ended up stressing out the entire vacation because I couldn’t check email or work on the sites. After taking a single day off for Christmas, I went right back to work and finished off two custom blogs in a week. Then the depression set in and really knocked me out.

Sometimes you have to say no to work, even when you need money, because in the long run you’re doing a lot of damage to yourself and are putting yourself at risk for much larger problems.

While being stressed or burned out and depression are obviously different things, can one lead to the other? Are there self-care strategies that can still help us avoid or at least manage depression?

Stress and burnout can absolutely lead to depression or worse. There’s a reason work-life-balance has become such a hot topic in the tech space. Too many companies are focused on “making the world a better place” and they lose sight of how they’re making the world a worse place for their employees.

It’s really important for agency workers and freelancers alike to have set work hours. Once those hours are over, work stops. Period. Don’t answer emails, don’t respond to work-related texts. Unless it’s part of your actual job description or freelance contract to be available at that time, leave work behind. You have to have a life away from your code or design.

One of the traps freelancers often get themselves into is replying to an email late at night because they’re up tinkering for fun or trying to get ahead. Some clients will notice the timestamp of the email and assume that means you’re always available that late. It becomes an expectation, and it’s not healthy. Getting eight hours of sleep a night is a crucial component of mental health, as is having a set schedule. Most developers thrive on routine. It’s why we relate to computers so well. Upsetting that routine on a regular basis, especially to the point where the routine doesn’t exist anymore, can quickly cause you to spiral or bring to light an undiagnosed mental condition.

Beyond that, it’s important to avoid self-medicating. I don’t judge people for drinking or using recreational drugs in moderation, but when you’re teetering on the edge, mixing either with your stress and possible depression is a recipe for disaster. Having that extra beer or shot to make yourself feel better starts you down a dangerous path. Some people manage to navigate it well. Others crash quickly.

It’s an unpopular opinion, but the web dev world, and the general tech community at large, has a huge problem with alcohol. Social events are almost always tied to bars. Even low key, end-of-the-week events at companies often involve drinking. When I started my career, the agency I worked at had a tradition of taking a group shot at our weekly wrap-up meeting every time we launched a new project. We weren’t forced to drink by any means, but the peer pressure was certainly there. Most social gatherings involving the team revolved around going out for drinks. As someone who doesn’t drink, by choice, it became a problem over time. I was seen as distant. Furthermore, when I tried to call attention to a team member’s clear issues with drinking too much while at the office (Fridays were very relaxed), I was seen as the problem. This isolated me more and made my underlying depression that much harder to deal with at work. I left the company soon after.

The WordPress community is still struggling to deal with this alcohol-involved isolation problem. It has improved as some WordCamps have provided low-noise options for after-parties, but even those options often involve drinking. By continuing to tie these social events to alcohol, it’s actually harming the community as a whole by both isolating non-drinkers and enabling self-medicators. As a community, we need to take a larger look at how we plan events and make sure they’re both more inclusive and not putting some of our most valuable assets at risk.

For more on mental health in WordPress, check out these resources: 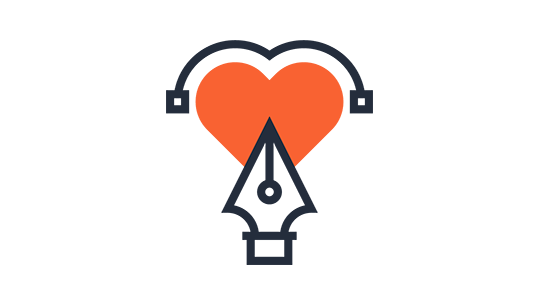