We’re in the midst of a series of interviews with WordPress freelancers, exploring some of the keys to their success. Today we talk with freelance WordPress developer Daniel Espinoza. 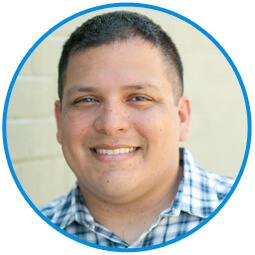 Coding has been a part of Daniel’s life since his family got a Commodore 64 back in the 1980s. After a computer science degree he put in time as a corporate IT guy, but ultimately had an entrepreneurial streak. He went freelance in 2007 and has worked on a number of ventures, including creating more than 20 WordPress plugins.

The thing I love most about being a freelancer is having the freedom to say ‘no’.
– @d_espi

The thing I love most about being a freelancer is having the freedom to say ‘no.’ That can be in saying ‘no’ to a project that doesn’t interest me or saying ‘no’ to working on Fridays. I have the ability to craft whatever work schedule suits me.

Two things that held me back as a freelancer are that I didn’t raise my rates and I didn’t market very well.

I didn’t raise my rates because I didn’t understand the value of the services I provided. I would allow the client to dictate a rate and I thought I needed to comply to get the project. Since I had very few leads I wasn’t in a place to decline projects that didn’t seem like a good fit. I had few leads because I didn’t market myself very well. I didn’t have a network, and people didn’t know who I was or what I did.

Now I have a better network and have a good stream of referrals and leads where I can provide high value to clients while making a good profit.

To improve my profitability I’ve stopped taking on “learn on the job” projects and have “niched down.” I used to take on work that I thought would be simple to learn during the project. This was a huge mistake. Now I take on very specific types of projects and before the deposit is paid I have a good understanding of what the finish line looks like. I also track my time to know how long certain tasks take. That way I can improve on the speed or change pricing accordingly.

Check out more tips on raising your freelance rates: how and when to boost your prices.