We’re starting a new series of interviews with WordPress freelancers, exploring some of the keys to their success. 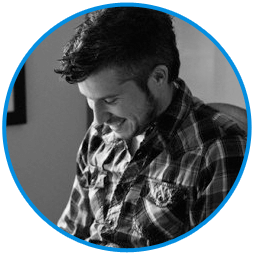 Today we talk with freelance WordPress developer Tom McFarlin. He runs Pressware, blogs regularly and has a fun Tumblr of animated GIFs only developers could love.

You’ll never work harder than when you work for yourself, but you may never be more satisfied.
– @tommcfarlin

The easiest answer is to say the freedom, but the truth is that freedom comes in a completely different form than when you’re working for someone else.

For example, though I may have the freedom to do something with my kids during the week, I usually have to make up the work on the weekend. I’m also responsible for things like insurance, retirement and so on.

That said, I also have the ability to work from home wearing shorts and a T-shirt, listen to music, stream Netflix or work wherever I want. I have the option to go for a run in the middle of the day versus early in the morning or after work, and I have the option to see my wife and kids throughout the day, which isn’t something that someone working for an employer has the ability to do (unless they’re remote, of course).

These are just a few things, but they’re the first that come to mind.

I’ve been freelancing for over five years now, so I feel I’ve overcome a lot of the initial things that would hold me back.

Initially though, it was the fear of being able to find work and to provide for my family; however, I’ve been incredibly lucky to land some of the projects I have. I love what I get to do, the clients I have, and the solutions I get to focus on.

It’s challenging, it’s fun—it’s very, very busy at times—but it keeps me growing as a developer.

How did you overcome those fears of finding work?

I happened to leverage a handful of existing relationships I had who I knew would need work or who could refer work to me.

Additionally, I pursued opportunities—such as writing for other blogs, contributing to existing open source projects and increasing activity on my own blog—in order to get my name out there.

It was generally about making sure I was not slacking off in terms of getting things done. If I ever felt like I didn’t have something to do, I would strategically look for things to do—be it contribute to a project, contribute to another site, offer some time to help refactor code, improve code, add a feature here or there and so on.

When I first started working for myself someone asked me, “So I guess now you have a lot of time to play video games during the day, huh?”

And that couldn’t be further from the truth. Prior to having kids, I was working nearly every waking hour. Now that we have two kids, the only games I play are on my phone (and they are turn-based so I can’t get sucked in for hours at a time). When I’m not working, I’m spending time with my family.

You’ll never work harder than when you work for yourself, but you may never be more satisfied.

Over time, I’ve been able to attract a different client base. When I first started, I was doing a lot of small jobs, but now I have the option to work on much larger projects that take longer periods of time. I’ve also been able to partner with some other contractors in order to knock the work out.

Secondly, hiring a CPA is one of the smartest things I did. It allowed me to offload a lot of the tax management and what not to someone who’s far more experienced, focused and who is well-versed in those things. They are able to focus on that and let me know how to structure my payroll, expenses and tax withholdings, and I’m able to focus on what I do best.

Check out more interviews from successful WordPress freelancers in our series First, Best & Wish You Knew