« Back to eBook Library 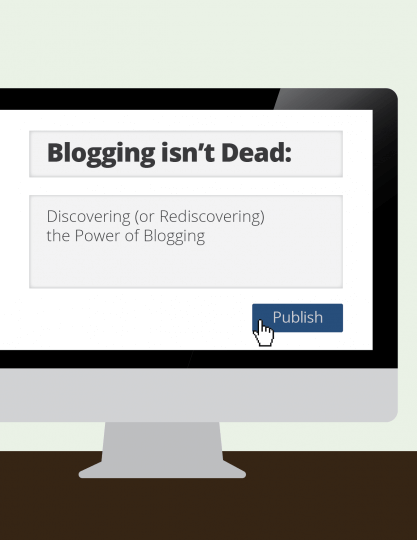 Blogging Isn’t Dead: Discovering (or Rediscovering) the Power of Blogging

Let’s be honest, blogging isn’t as sexy as it was back in 2005. But it opened the door to all kinds of content creation and sharing. It’s the gateway drug that enabled social media to explode. As such, blogging is kind of passé now. It’s boring.

But that’s not a bad thing. In fact, when a technology becomes boring, that’s a very good thing. That means it’s no longer new, flashy and untested. It’s no longer the shiny new toy that captivates everyone’s attention simply for what it is. It no longer rockets to new heights only to burn out and flame away.

Instead, it has to earn attention on its own merits, not the novelty of the medium. It’s become accepted, tested and expected. It’s tried and true. It’s a reliable platform you can build on.The meteoric, headline-grabbing rise of blogging may be dead. But that’s OK.

Blogging isn’t dead and that means we can forget about the hype and get on with business. Blogging isn’t gracing the covers of magazines anymore because magazines don’t exist anymore. Most of them have been replaced by blogs. Just ask Newsweek.

In Blogging Isn’t Dead: Discovering (or Rediscovering) the Power of Blogging, we cover blogging strategies, goals and tips for why should you start (or not give up) blogging. 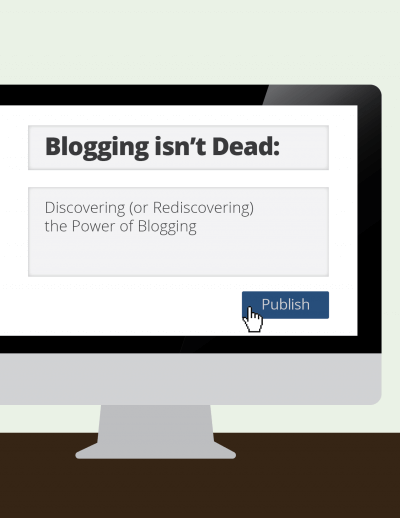