We often interview veteran freelancers who have the wisdom that comes with experience. But there’s a different perspective to be had from rookie freelancers—they’re still learning, but they’ve got that hungry spirit. There’s a fire and energy that can be inspiring for even the most jaded veteran. 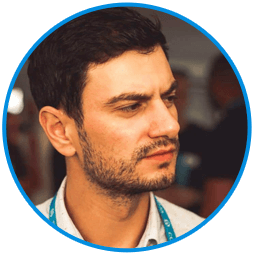 Today we talk with Madalin Milea. Based in Rennes, France, he started freelancing in 2014. He also works as a developer for Codeinwp and does support with ThemeIsle. You can follow Madalin on Twitter.

We talked about getting started, the importance of learning, and the value of contracts.

How did you get started in freelancing?

That is a funny question. I started by simply blogging about technology and then, after a year, I began to work in the field as well, somewhat as a side-result.

The beginnings weren’t anything to brag about, though. I started with two projects with two friends of mine. And those projects turned out to be the absolute worst projects I ever did.

The whole process was less than impressive. Since we knew each other beforehand, instead of putting any sort of agreement on paper, we just discussed the project and the details of the deal casually.

So I started to work and planned to just send my invoice once I was done. The reality was, as you can probably already tell, I never got paid.

What’s been the most important contributor to your early success?

Persistence. I still work on building that muscle and dedicate from 30 minutes to one hour each day to learn new skills and improve my work processes.

Where do you think you need to improve as a new freelancer?

I’m not very patient. Very often I find myself struggling to find time to do all the things that I want to do. I always try to do everything at the same moment, without dedicating enough effort to each of those things. So I personally need more patience, and I’m guessing it’s what many new freelancers need as well.

Another important thing is to always discuss and write down all the details of the project that you’re working on before you actually get started. This prevents scope creep. You need to have everything written down somewhere—even if just in an email.

This was the situation that I found myself in a number of times—failing to set the expectations right—and thus having to deal with clients changing their minds mid-project. With nothing written down, it’s hard to convince the client that their new ideas require a new valuation. Without any sort of record of what was agreed upon, you will have clients trying to convince you that what they say now isn’t actually anything new and was on their mind since the beginning.

Lastly, do not be shy to take 50% of the money up front, or even the whole 100%. The number one thing that you absolutely do not want is to find yourself working on a project for weeks only to then not get paid for it.

What advice do you have for veteran freelancers? What are veterans overlooking or missing that you notice as a relative newcomer?

Reserve some time to learn new things every day, even if you’ve been doing what you’re doing for X years. From my point of view, the most important thing as a freelancer (but not only) is to dedicate a minimum of 30 minutes per day to develop new skills or to improve your current skills.

Check out more posts from our WordPress freelancer series.