Often times freelancers and entrepreneurs only read books with practical, business sounding titles. How to be more productive. How to make more money. How technology is changing everything. Sometimes we read biographies of fellow entrepreneurs. But the books often fall into the same category. 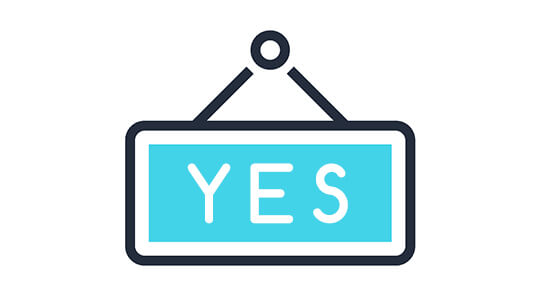 There’s nothing wrong with that, but I think sometimes the most helpful insights can come from something completely different.

Year of Yes: How to Dance It Out, Stand in the Sun and Be Your Own Person by Shonda Rhimes is basically a self-help book. But it’s written by an amazing TV writer, so it’s got all the feels. Rhimes is the producer of Grey’s Anatomy, Scandal, Private Practice and How to Get Away With Murder.

Prompted by an observation from her sister that she says no to everything, Shonda Rhimes sets out on a year of saying yes to everything.

And immediately I can feel the rejection. I know what you’re thinking: Yes to everything? That’s just stupid. How often do we hear from pros talking about the importance of saying no? (For example: Carrie Dils, Daniel Espinoza and Curtis McHale, among others.)

But hold on. This kind of advice is often about what you need to hear, and Rhimes needed this. She used to say no to everything. She almost turned down a chance to hang out with the president because she doesn’t do anything. The realization caused her to reevaluate her life, and she didn’t like what she found. (Plus, she devotes an entire chapter to saying yes to saying no, so she’s got that one covered, even if it’s sort of cheating.)

What Makes You Happy?

Shonda Rhimes rocketed to the top of the TV universe. She had multiple hit TV shows and literally owned Thursday night on ABC. She had reached the pinnacle of success, but she wasn’t happy.

Sometimes life is confusing, but there it is.

Sometimes when we chase success, we don’t always get what we want.

And here’s a tip: Money does not equal happiness (there’s another whole book covering that and we did an 8-part blog series on it).

Sometimes clarity comes when we reach the pinnacle and realize it’s not where we want to be.

So think hard about what makes you happy and be sure you’re pursuing the right thing. If you’re not, maybe it’s time to make a change. Being a freelancer is about having the freedom to pursue your own thing. But sometimes we get there and it’s not what we thought it would be. But making a pivot can be scary.

In some ways it’s easy to say no to everything. But sometimes we need to say yes to making the right changes to improving our situation. It can be hard, but it’s an important first step.

So let’s say yes to making things better, finding happiness in our work and finding lessons in a book that’s not from a business guru. Watch for more lessons on saying yes.

Customer Feedback: 20 Questions For Better Customer Surveys
How to Prevent Scope Creep
20 Ideas To Grow Your Business In 2020
Starting 2020 Right: 20 Goals to Start the New Decade