Shonda Rhimes is a titan of television, a producer and writer who created the hit shows Grey’s Anatomy and Scandal. She runs a multi-million dollar entertainment empire. But she doesn’t always believe in herself. 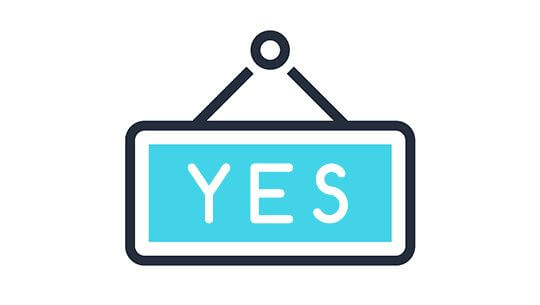 We’re exploring Rhimes’ book Year of Yes, about how she started saying yes to the things that scare her and made some powerful changes about herself. One of the themes that repeatedly comes up throughout the book is confidence.

Shonda Rhimes didn’t just have a successful TV show. She’s had four of them. She literally runs all of Thursday night on ABC. Every show the network airs is one of hers. This is a woman at the top of the game. That’s pretty rarefied air. But she still wasn’t confident.

She didn’t always believe in herself.

She had a hard time telling people no.

Now a lot of entrepreneurs and freelancers are downright cocky. There’s something about starting your own thing that takes some guts. If that’s you, you can probably move along.

But I suspect there are a lot of us out there who can relate to Rhimes. We somehow found the courage to start our own thing, but we’re still terrified. We’re worried a prospect will say no. We have nightmares of a client rejecting a project and demanding a refund. We wonder what’s going to happen if the income doesn’t pick up.

A lot of people struggle with a lack of confidence. It can hold us back in a number of ways:

That fear of failure often leads to, well, failure.

So what do we do about it? How did Rhimes fix it?

She approached it in a number of ways.

First, this entire ‘yes’ challenge. It started with realizing she was unhappy and resolving to make a change for the better.

Simply stepping out there gave Rhimes confidence. After saying yes to appearing on Jimmy Kimmel Live, the episode’s ratings beat The Tonight Show Starring Jimmy Fallon for the first time ever.

Jimmy Kimmel was ecstatic and sent Rhimes hundreds of red roses. But Rhimes only focused on one thing:

“I did it. I said yes to something that terrified me. And I did it. And I didn’t die.”

Sometimes you have to take that first step.

2. Believe You Are Powerful

Another piece of advice she received? Power pose like Wonder Woman.

3. Perfection Is Not the Goal

She also recognized the danger of perfection.

As a teenager Rhimes idolized Whitney Houston’s hair. She spent an hour every morning waging war on her own hair with a curling iron and hairspray, desperately trying to recreate a pop star’s perfect locks.

“I somehow believed that everything would be better if I could just make my hair look like Whitney’s. If my hair was flawless, my life would follow suit. Because Whitney clearly had it all worked out.”

Later on in her 20s, Rhimes recounted this obsession in a hair salon, spinning a laugh-so-hard-they-cry story about her efforts at duplicating Whitney Houston’s hair.

“My hairdresser was still wiping the tears from her eyes when she said it. ‘Girl’—she shook her head—’you know that was a wig she had on, right? You could probably buy it if you want to. Hold on. Let me get the wig catalogue and show you…’”

Part of building up our own confidence is recognizing that our idols are not as perfect as we think. Not even Whitney Houston could have hair that perfect. When we recognize that our heroes couldn’t achieve the impossible either, it allows us to focus on something more attainable.

Perfection is not the goal. Realizing that can make us more confident in our own accomplishments.

“Anyone who tells you they are doing it perfectly is a liar.”

4. Feel Good About Yourself

Another confidence booster for Rhimes was tackling her obesity. She has always struggled with her weight and had effectively given up the struggle. But she reached a point where she was no longer comfortable in her body and needed to change.

Losing weight, eating healthy and getting exercise is an ongoing struggle for so many people. Freelancers who sit in front of the computer all day are especially susceptible to slipping into an unhealthy lifestyle.

If you’ve always wanted to be healthier but have struggled to finally get there, Rhimes may have a helpful perspective for you. Her breakthrough moment:

“Nothing works until you are ready for it to work.”

As Rhimes worked, she started to change. She felt stronger, had more energy with her kids and started to actually care about what she wore. She felt more comfortable in her skin. In short: Rhimes found confidence.

5. Learn to Take a Compliment

Rhimes tells a story about attending a dinner celebrating women in TV hosted by Elle magazine. The editor goes around the room introducing everyone and saying what awesome and amazing things they do. Yet every single woman deflected the praise. The laughed it off, they denied it, they ducked their heads in embarrassment. Including Rhimes:

This sparks another mission in saying yes, where Rhimes comes to terms with all the excuses.

Rhimes forces herself to get comfortable with compliments by gritting her teeth and repeating a mantra to herself: “Thank you, smile, shut up.”

Eventually she learns to own it, to embrace her own strengths and to swagger a bit. Muhammad Ali used to day, “It’s not bragging if you can back it up.”

And this is perhaps the most interesting thing about Rhimes’ book and her struggle with confidence. Many of her struggles have absolutely nothing to do with the quality of her work. Clearly her work speaks for itself—she owns a night of network television.

Through all of these struggles she never doubts how good her work is. Yet still. This highly capable, highly accomplished, successful woman had zero confidence. That should tell you how much of a struggle this can be.

Yet many freelancers do struggle with having confidence in their work. Unfortunately, I’m not sure Rhimes has a lot of advice for you. But here are a few ways you can recognize the quality in your work and restore some confidence:

Confidence can be elusive. It doesn’t come automatically from hard work and success. Often it’s a mindset. You have to reach out and embrace it. It’s a contradiction: You have to be confident enough to have confidence.

Customer Feedback: 20 Questions For Better Customer Surveys
How to Prevent Scope Creep
20 Ideas To Grow Your Business In 2020
Starting 2020 Right: 20 Goals to Start the New Decade