The Story of How We Got To Our Newest Product: iThemes Sales Accelerator

Everything we do at iThemes has meaning (our mission is to Make People’s Lives Awesome), and often a deep meaning that many simply do not know.

Some of the best stories we hold as a team are how we came to build and launch the products we have since 2008.

For instance, how we came about releasing our hit WordPress backup plugin, BackupBuddy (tl;dr: two servers crashes with no backups and of course Dustin Bolton), or our WordPress security plugin, iThemes Security (how I found Better WP Security and met Chris Wiegman), or our WordPress theme framework iThemes Builder (you guys wanted unlimited page layout options and so Chris Jean built it for you).

But there are many more. And they are very special stories to us and to me … because in this grand experiment called iThemes, as we’ve continued to innovate by simply solving problems for you, there is so much more going on behind the scenes.

So I wanted to take a moment and share a recent meaningful story publicly … about our newest product investment — iThemes Sales Accelerator.

Some people have already asked me questions beyond the actual product like: Why did you choose a rooster as the logo? Why the name iThemes Sales Accelerator? And most importantly, who are the people actually building it?

Well those, my friend, have very meaningful stories behind it.

The Back Story: A Love Affair with Portugal

To say I have a love affair with the country of Portugal is an understatement. But the story has to start here.

A couple of years ago, my family and I got to spend a month in Portugal. It was an amazing time for us exploring this incredibly beautiful country.

Living Your Dreams Means Choosing Them

The last night of our stay, I got to speak to the WordPress Meetup Group in Lisbon, Portugal, where our home base was for the month as we explored the country and culture. After the meetup, several of the WordPressers took us out for dinner for a night of incredible Portuguese wine tasting and laughs and fun. It was an experience I’ll cherish forever and the best way we could have ended our stay there.

During that night, I got the chance to talk a lot with Marco Almeida, one of the most genuinely funny and talented people I’ve met. He runs a really cool WordPress services business and WooCommerce site(s).

So we took many friendships away from that one night that I wished had been the very first day we stepped into this enchanted country.

Many of those friendships became Facebook friends so we could stay connected and we’ve kept in touch and liked and commented on each other’s status updates (and things like Nuno having his first child, or Bruno’s awesome photos and love of NBA basketball).

Fast Forward to WordCamp US in 2016

So last year, I post on Facebook and elsewhere, like I do many times as I’ve traveled for WordPress and iThemes, that I’m heading to WordCamp US 2016 in Philly.

And I get a Facebook message from Marco introducing me to a gentleman named Marcel Schmitz. He told us we had to meet Marcel as he will be there too.

I think to myself … “I always love meeting more Portuguese people.” But I also know at a conference as big as WCUS, it might be difficult to organize a meetup.

On the second day of WCUS, Matt Danner, my COO and I are heading to breakfast …. when, at an intersection, I hear, “Excuse me, are you Cory Miller?”

Reflecting back, it was quite magical. It was meant to be that we would meet.

Marcel went to breakfast with us and told us all about what he and his partner, Tiago Mano, were doing in WordPress and WooCommerce and mobile apps.

His company, HelloDev, had launched a WooCommerce plugin and iOS app for a client and it sounded super exciting, as well as building some awesome sites in WooCommerce for clients. Very very cool.

After breakfast, we went to the WCUS infamous hallway tract and I had the opportunity to introduce him to some of my friends in the WordPress world.

Later that night, he joined us for the afterparty. I’ll save the “pizza in a hotel lobby” story for a later one.

We of course connected on Facebook and stayed in touch.

The Gentle Nudge Back to Portugal

One of the people I introduced Marcel to at WCUS was my dear friend Chris Lema.

I’ve leaned on Chris for countless advice and counsel over the years as well as cherished his friendship in my life (my wife and I just joined him and his family in Jamaica for an epic vacation).

A couple months after WCUS, Chris, in his not so gentle nudging way, told me something like this: “Cory, you guys should go talk to Marcel about a WooCommerce product as the next big thing for iThemes.”

(I’ve found taking Chris’ advice often goes well for me/us, even if it takes me a couple of months to do so.)

A video call with Marcel and Tiago turned into booking flights and hotels to travel to Porto, Portugal where they are based for a couple days of “how can we kick some butt together” and fun times exploring their, well, beautiful-doesn’t-cut-it city.

Porto is the best

The man, the myth, the legend @tiagofmano – only known photo in existence

In numerous conversations over the days we spent with Marcel and Tigao, we started to dream together what “Go Far Together” would mean for us and we began to make a plan for our future together.

And we quickly found a win for all of us.

They (Marcel, Tiago and Nuno) would join our team, and take what they had built and amp it up to solve some key e-commerce problems we wanted to solve for our customer community … and launch it to the world as the newest iThemes product.

Preparing for iThemes Sales Accelerator – May 2017 in Oklahoma City

A few months later, at the end of May, Marcel and Tiago flew to Oklahoma City, where our iThemes headquarters is located, for planning the rollout of the next big thing we would do.

They brought with them a very special gift — a rooster — adorned with our logos and a quote we had discussed that week in Porto.

The rooster is essentially the symbol or emblem of Portugal. You’ll see it everywhere there when you go there (and I strongly encourage you to do so, even if I want to keep the place all to myself).

It became obvious we wanted to include a rooster in the logo of iThemes Sales Accelerator as a hat tip to Portugal and our team there. We also think it’s a great symbol for what we hope to help our customers do — make more money through their WooCommerce stores.

I also think it’s a great complement to what most of us e-commerce store owners do everyday … checking in how our online sales are doing.

Now, About the People Behind iThemes Sales Accelerator

Every person on our iThemes team is special to us … but for months we’ve waited to tell you more about our team behind iThemes Sales Accelerator. So I’m so excited to be able to formally introduce you to them today. 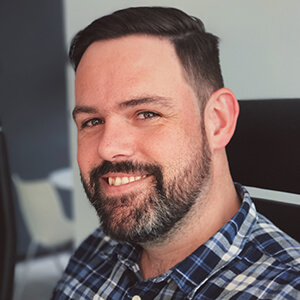 Marcel is a passionate iOS and web developer in love with WordPress and the e-commerce scene. Born in Blumenau, Brasil, half German half Brazilian, he moved to Porto Portugal in 1988 and has lived there ever since. Father of one, loves to shoot pictures and movies, to fly his drone and thinks he’s still a young star playing the drums in a rock band.

In addition to knowing at least 5 languages and speaking better English than I do, he’s just an outstanding human.

He’s presented at WordCamps, and most recently through iThemes Training on WordPress, WooCommerce and mobile apps. You can watch his recent webinar on the Dos, Don’ts and Shoulds of WooCommerce here.

If you get to meet Marcel in person, you will remember him by his huge infectious smile.

And his vision for WooCommerce and iThemes Sales Accelerator is a critical key for what we’re doing now and in the future. 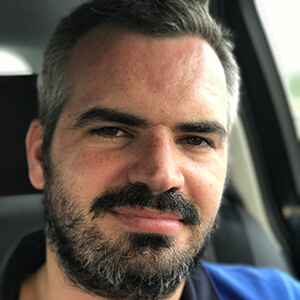 Tiago is a father of two amazing children, full-stack web developer and kind of a workaholic. He loves playing tennis, watching soccer and marathon-watching TV series like GOT and House of Cards.

As I mentioned, Tiago loves NBA basketball. So being from Oklahoma City, we presented him and Marcel with custom Oklahoma City Thunder jerseys at their first visit here in May.

He’s a very talented developer with a great vision for the future of iThemes Sales Accelerator as well, and has a sneaky sense of humor. 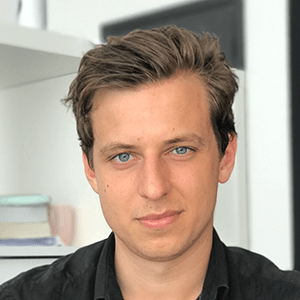 A recovering perfectionist, Nuno is a plugin developer who is always looking for ways to improve himself and his code. He’s passionate about technology, sports, music and the outdoors, unless he’s binge-watching some kind of new TV series. That usually takes full priority over any other hobby.”

I’m excited to get him to Oklahoma City (and the U.S.) in the very near future as well and to be able to spend more time with him.

HelloDev’s Past Work with WordPress & WooCommerce

I also wanted to share a couple of projects our new Portugal-based team has done in the past for their previous clients to show you what they have done. They are the real deal!

We’re excited to have Marcel and Tiago joining us back in the US this year. Here’s where they will be:

If you haven’t signed up for our launch email for iThemes Sales Accelerator … be sure to do so here.

As always, we’re excited about what we’re doing and as always want to hear from you about how we can serve you better.

Cheers to many more meaningful stories in the future … let’s go far together!

19 Best WooCommerce Plugins of 2019
We’re Sunsetting iThemes Sales Accelerator
WooCommerce International: Take Your Shop Global
How to Set Up WooCommerce Taxes and Deal With the Weird