The Power of Culture: How Corporate Culture Can Even Help Freelancers

The Berlin Wall crumbled in 1989, and in the fall of 1990 East and West Germany officially reunited to become the modern Germany we know today. Even though reunification happened 26 years ago, the culture of East Germany and West Germany continues to have a dramatic impact today.

As a freelancer, the culture you create in your business has a powerful and lasting impact. You can use that culture as a force for good, or culture can be a negative factor that weighs your business down. 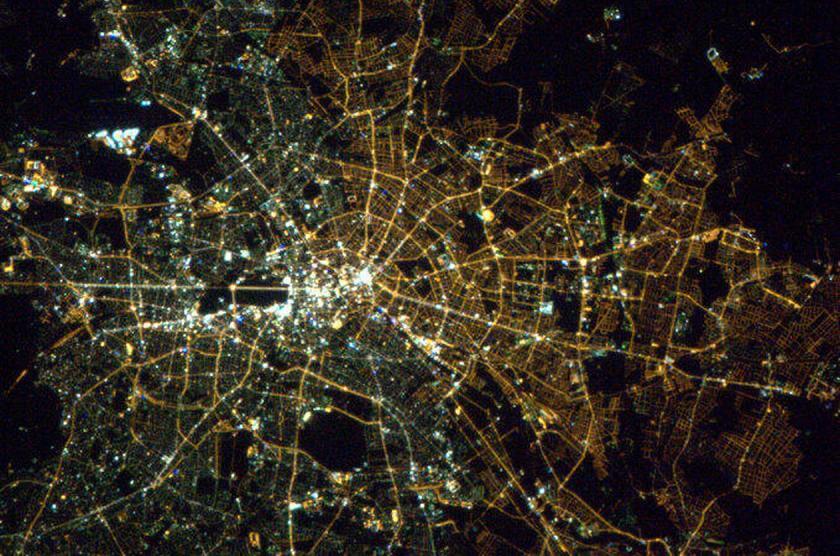 The city of Berlin as seen from space (Source:NASA).

East Germany spent more than 40 years as a communist nation. West Germany embraced the capitalism of the West. So when the countries reunited, those East German businesses were forced to compete with their more efficient West German counterparts, forcing many companies into bankruptcy.

Those businesses were killed by culture shock, and in some ways the region never recovered.

The differences in culture continue to play out today in surprising ways:

But the differences aren’t all negative:

One final difference: camping. East Germans tend to camp in tents, while West Germans use trailers.

The Impact of Culture

Almost every difference that continues to exist in Germany today comes down to culture. Many of the differences can be traced back to the vast cultural differences between communism and capitalism (though the sudden transition to capitalism and subsequent collapse is also a factor).

What’s most profound here isn’t that two different systems were so strikingly different. What’s incredible is that those differences still have an impact a quarter century later. Communist policies ended in 1990, but they continue to have a tremendous impact on Germany today—in some rather peculiar ways.

If culture can have that kind of a far-reaching impact, what culture are you implementing in your business?

Culture defines every aspect of how you do business.

Seriously? Corporate culture is something freelancers should care about?

If you’re a solo freelancer or even a small company you may think culture doesn’t matter that much for you. But it totally does. In fact, culture might be even more important. Being serious about your culture is a major differentiator that will set you apart from the crowd.

Defining your culture while you’re small will have an even bigger impact as you grow. It’s a lot easier to start with the right culture than to have to change course midstream.

Whether you’re a one-person shop or a tiny company, whether you plan to become a behemoth some day or you’re solo forever, here’s how culture can help your freelance business:

Almost all of the benefits of culture for large corporations apply to freelancers as well. The culture of major companies like Amazon and Apple started long before they were major companies. Even small organizations like Basecamp have invested in their culture from the start, and it shows.

We could go on and on about corporate culture. There are more than a few books you could read about it. We just want to get you thinking about how culture might help you. If you decide to focus on your company culture, here are the four things you need to do to embrace culture in your business:

1.Realize what culture is and how it can impact your future.

Explore this example in Germany and start to understand how important culture is. Consider what kind of culture currently exists at your company and the impact it might be having (for good or bad).

2. Be intentional about defining your corporate culture.

You’ll have a culture no matter what—the question is will it be helpful or not? Start to clearly define positive culture in your company and what it means. Write it down. Include examples of how it plays out: So don’t just say you’re relaxed and fun-loving, give examples like your emphasis on creative Fridays or the toys in your office.

3. Lean into that culture.

Evaluate everything you do and make sure it aligns with those cultural values. You don’t want to go overboard, but you do want to go for consistency. If you say you’re relaxed and fun-loving, that should play out in some way in everything from your invoices to your emails. Remember that culture is something that needs to be deeply ingrained in your business. You need to think about it and talk about it—repeatedly—until it becomes second nature.

Every so often take some time to reevaluate your corporate culture and make sure you’re still living it out. Culture can change over time, and that’s OK. But again, be intentional about it.

Dive deeper into the idea of corporate culture with these articles. Most are focused on major companies, but again, the concepts work for freelancers and small businesses too: