We’ve heard from the freelance rookies, now it’s time for the veterans to step up. One of the best ways to learn is to talk to those who have walked the path before.

Today we talk with freelance WordPress developer Tom McFarlin. He runs Pressware, builds plugins, and blogs about WordPress—with a membership component for developers who want to learn more.

Tom has been self-employed since 2010 and has built a name for himself in the WordPress space. 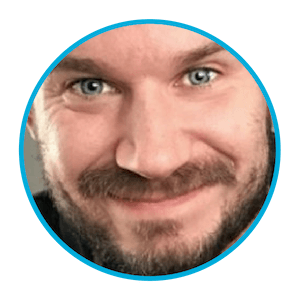 “There’s always another hill to climb. No one I know who is ‘successful’ would consider themselves ‘there.’”
– Tom McFarlin

We talked with Tom about changes in the industry, defining success, and what’s next.

How has your work changed over the years? What’s changed in your approach or your business since you started?

It’s easy to say that “not much as changed” and in some sense, that’s correct; in others, not so much.

As far as the types of things I’m building, I’ve definitely moved away from theme development and focus almost solely on custom plugin development. Sometimes these plugins can be quite large, such that they are like applications running on top of WordPress (which is something I’ve long been advocating). Other times, though, they are still “just” plugins. For whatever reason though, the word “plugin” tends to encompass this “small project” idea which isn’t always true.

Just because some plugins may be small doesn’t mean they all are. That said, I’ve always been focused a bit on plugins—now just more so. So, in that sense, not much as changed.

What has changed, though, is my process. This includes the types of tools I use to the approach I use when communicating with customers. I spend a lot of time on things related to quality such as using PSR2 standards, third-party tools to enforce modern PHP development practices, unit testing, and so on. This isn’t to say I wasn’t focused on quality before, but the economy of PHP development outside of WordPress is arguably richer and more powerful than that inside of WordPress. So being able to bring that into the fold has helped continue to leverage the newer features of PHP, stronger object-oriented programming, and cleaner code through various code quality tools that I didn’t previously use to the degree I am now.

I don’t know how to define “breakthrough” or what “success” looks like to other people. For me, being able to provide people with custom solutions that solve their problems all the while providing a living for my family is what defines success. It’s not necessarily the house or the car or whatever. (I mean we all have our things, right? There are a number of guitars I’d love to own but currently don’t.)

If I had to give someone advice on this, though, it would definitely be to know what it is you want to do (be it themes, be it plugins, be it both, be it something completely different) and then chase it down and make it happen. I can’t promise that it will. No one can. But striving to get better and continuing to move uphill is something that is a constant battle that requires a lot of sweat equity. And there’s always another hill to climb. No one I know who is “successful” would consider themselves “there.” Instead, they look back to see what they’ve achieved and then look forward to what they want to do.

Secondly, I think surrounding yourself with people who can help you formulate clear ideas around your business helps. Sometimes you hear these referred to as masterminds or something like that. I was hesitant to join one, but I had the opportunity to do so this past year and it’s proved invaluable. Part of that has to do with the people in the group, too. It’s not like a magical, “Let me join the group and have all things work out.” It’s a matter of the right people, articulating your problems correctly, and then applying what you all discuss.

What mistakes have you made over the years that you’ve learned from?

Perhaps this answer is cliché but there are too many to count. Some of them range from taking on projects that were not managed properly or things weren’t communicated between all parties involved (myself included) that kept things from progressing as they should have. Sometimes there are times were the estimates and cost of a project were less than the amount of work required to complete a project, and sometimes there are times where the amount of time I thought it would take to complete a project was far longer.

This ultimately reflects poorly, but I’ve found being upfront and honest—that is to say maintaining a level of integrity—in the face of such problems can go a long way in building a relationship and trust with a customer. And more times than not, I’ve had repeat business from someone because I’ll treat them with the amount of respect and honesty they deserve. I won’t short change them and I’ll take responsibility for the problems that ultimately fall on me.

While you are a veteran, there are always areas where we can learn and grow. Where do you think you need to improve?

Right now, the big thing that weighs on me is the aspect of focusing on what the business may look like, say, a quarter or six months from now. People like to have ideas for their business in terms of what it may look like in 10 years or five years, but I’m more of a one year to six months to the next quarter type of person. Sure, trying to generate more revenue is an easy answer but the how is the more interesting question.

Is it growing the business? Is it raising prices? Is it taking on fewer projects, but larger projects or is it the inverse? Is it taking on things such as stepping into the world of products or SaaS? I don’t know right now. But it’s something I certainly think about a bit. At the same time, I’m quite happy where I am with the customers I serve, the problems I solve, and the work I do.

There’s a balance to strike, but staying focused on the day-to-day is important, too, because it’s that which paves the way for you to have more work and opportunities in the future.

Check out more posts in our WordPress freelancer series.